Supporting the fight for human rights is the purpose of Kryptofranc

KRYPTOFRANC(KYF) is an alt coin dedicated to supporting human rights around the world. Members of our community vote on awarding grants every month.

Online PR News – 09-June-2020 – Paris – The spirit of the French Revolution is alive and well with this new alt coin launched by two French innovators based on the Bitcoin Core.

“We believe the cause of human rights is under attack throughout the world with leaders trying to undermine both the rule of laws and restricting the freedom of expression of both the media and the people,” explains Jean-Martial Lefranc who provided the seed financing for the project. “We want to leverage crypto to fight back.”

Hence the release of Kryptofranc on a new dedicated blockchain based on the Bitcoin Core. KYF is fully mineable using a Proof of Work algorithm.

Still beyond, its blockchain, KYF is building a “currency as social network” application through a voting system that will allow its community to assign every two weeks a dedicated donation in KryptoFranc to an individual or an organisation defending human rights causes.

“We believe the cause of human rights is under attack throughout the world with leaders trying to undermine both the rule of law and restricting the freedom of expression of both the media and the people. We want to leverage the amazing ressources of cryptocurrency to fight back.”

“We decided to base Kryptofranc on the Bitcoin Core because it is the most professionally supported technology on the blockchain. Kryptofranc is systematically updated to keep total compatibility with the latest release of the Bitcoin Core,” explains Nicolas Choukroun, CTO to Kryptofranc.

Still KYF has its own technical specifications including infinite mining, quick difficulty adjustments and reward calculated every block in place of halving.

The voting platform has been setup at http://kryptofranc.com which will allow anyone to vote for their preferred NGO and also get some KYF in exchange. This voting platform will run for as long as peace and freedom need support in this world.

We keep a precise accounting of all the KYF distributed publicly on our website.

Beyond human rights causes, Kryptofranc intends to revive some of the libertarian ethos that were the bedrock of Bitcoin creation.

Kryptofranc has successfully pursued a limited private round of investment in order to fund the development of its voting platform. The platform and the blockchain are now complete and fully operational.

KYF is now traded on Crex 24 cryptoexchanges with several selected exchanges to follow over the next few months.

We invite you to discover this intriguing new project by following these links:
You can find more info about this project at http://kryptofranc.com and contact the team at the featured url:
Discord: http://discord.gg/7qscn6S
Bitcointalk: http://bitcointalk.org/index.php?topic=5157308
Twitter: http://twitter.com/kryptofranc
Telegram: http://t.me/kryptofranc
Crex 24: http://crex24.com/exchange/KYF-BTC 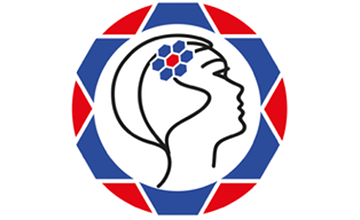