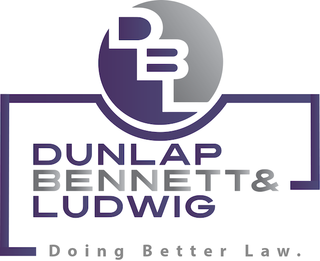 Dunlap Bennett & Ludwig's case became one of the largest patent litigation settlements in the history of China, and certainly the highest for an NPE.

Online PR News – 15-January-2020 – Washington, DC – IAM Magazine, a publication that focuses on intellectual property (IP) from the business perspective, produced a list of the Top 10 patent Market Developments of 2019. Among the events listed was the recent settlement of Dunlap Bennett & Ludwig client, Advanced Codec Technologies (ACT), a United States licensing company or US Non-Practicing Entity (NPE), headed by Beijing partner Erick Robinson. This case became one of the largest patent litigation settlements in the history of China, and certainly the highest for an NPE.

Erick Robinson explained that this case “proved to be great for the Chinese patent enforcement system, which over the past few years has emerged as a top patent litigation forum.”

The case involved six patent lawsuits that were filed in the Nanjing Intermediate Court for ACT against Xiaomi, a cell-phone production company in China, in early 2019. At issue were six standard-essential video compression patents. This settlement involved costs in the high seven figures in US currency.

IAM Magazine determined this case as noteworthy because the patent owner was a United States NPE asserting in China, against a large Chinese-domestic company and received a win. Not only that, but this is a case in which an American company is litigating against a Chinese company amid a massive trade war between the US and China.

Additionally there was the fact that these patents were standard-essential patents, which typically are complex to litigate and require more time both pre- and post-filing. Just to add to the magnitude of this case, all the patents were nearing their expiration date meaning that there was no threat of an injunction: it was about money damages only.

To learn more about Dunlap Bennett & Ludwig, their areas of expertise, and their philanthropic efforts, please visit them online at http://http://www.dbllawyers.com.

Dunlap Bennett & Ludwig – Dunlap Bennet & Ludwig is a veteran-owned law firm with a local presence and global knowledge that boasts over 75 attorneys who are licensed to practice in over 40 states and multiple countries outside of the United States. DBL prides themselves on prioritizing and caring for their clients, not only offering a full array of business and estate legal services, but – more importantly – by establishing and investing in long-term relationships with the individuals and businesses which they represent. Learn more at http://http://www.dbllawyers.com.

Local Builder Inducted Into Hall of Fame
visit our website