A Signature piece from MAHENDI, a woman-owned startup in cause jewelry, will be worn by Helen Hunt in the thriller, "I See You", premiering December 6.

Online PR News – 05-December-2019 – Hollidaysburg, PA – MAHENDI, a woman-owned startup in cause jewelry, candles, and other products, announced today one of its Signature pieces will be featured in the upcoming film, "I See You" premiering on December 6. Oscar Winner, Helen Hunt, wears the company's Signature Necklace with a large 14k Vermeil gold symbol throughout the horror-thriller from Saban Films. The Signature Collection is comprised of necklaces in multiple metals, symbol sizes and chain lengths that complement any outfit or occasion.

MAHENDI creates goods to connect women, artisans, and survivors in a tangible way to give back and inspire hope. At the heart of its designs is the MAHENDI logo which was adapted from an ancient Symbol of protection. The four points of the symbol represent clarity, wisdom, strength, and grace - a mantra reflecting the values behind the brand. From necklaces and bracelets to candles and onesies, MAHENDI merchandise ranges from $25.00 to $1800.00.

The company donates a portion of its net proceeds from each purchase to the United Nations Trust Fund to End Violence Against Women (UNTF). The UNTF awards grants to initiatives that demonstrate that violence against women and girls can be systematically addressed, reduced, and, with persistence, eliminated.

As a member of the Artisan Group®, MAHENDI is given opportunities to participate in TV and movie gifting initiatives. The Artisan Group® is a premier entertainment marketing organization on a mission to introduce Hollywood to the best of the handcrafted movement.

"When the opportunity to submit a piece to "I See You" was presented, something resonated inside of us," said Founder, Tera Herman. "It seemed like MAHENDI was meant to be worn by Helen Hunt's character, a wife and mother trying to protect her family from evil. We are beyond honored to be a part of the film."

MAHENDI jewelry has also landed on "Chambers," "Law and Order: SVU," "Charmed," and Hallmark Movies, "Holiday for Heroes and Check Inn to Christmas."

Premiering earlier this year at the SXSW Festival in Austin Texas, the film has received rave reviews with many calling it a "beautifully crafted horror movie." "I See You" starring Oscar winner, Helen Hunt, will be available in select theaters, On Demand, and On Digital beginning December 6th.

ABOUT MAHENDI
MAHENDI is a socially conscious brand offering handcrafted jewelry and products that celebrate and protect women. The company donates a portion of its net proceeds from each purchase to the United Nations Trust Fund to End Violence Against Women (UNTF). The UNTF awards grants to initiatives that demonstrate that violence against women and girls can be systematically addressed, reduced, and, with persistence, eliminated.

ABOUT THE ARTISAN GROUP
The Artisan Group is a premier entertainment marketing group dedicated to representing small business artisans at the best celebrity gift lounges and press events. The organization provides a collective sampling of handcrafted products to celebrities and members of the press at top luxury gift lounges such as those leading up to major red-carpet award show. 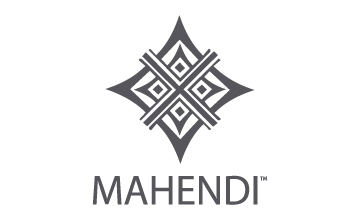