Fractory's online metal fabrication service has brought them the award for "Best Use of Tech" by the British Chamber of Commerce.

Online PR News – 24-September-2019 – MANCHESTER, UK – The British Chamber of Commerce selected Fractory, a manufacturing startup from Estonia, as the winner in the "Best Use of Technology" category in North West. Why was a company with foreign roots chosen as the winner?

Fractory, initially only offering laser cutting services, was founded in late 2017 by engineers who saw a problem in the industry. Too much time was wasted on getting manufacturing quotes. The back-and-forth emailing for prices was hazing their focus that they felt should be fully on providing better solutions. So, befittingly to engineers, they decided to solve the problem.

“It's clear that the British want to raise a new generation of engineers with the future in mind. That encompasses bringing all Industry 4 technology to the fore”

With an increasing team, they built an online platform for sheet metal manufacturing. People could now upload drawings or CAD models for instant manufacturing quotes. Apparently, they weren't the only ones seeing the problem as the platform started raising eyebrows and soon the early adopters arrived. But the Estonian market is a tiny one. With 1. million people, there's less people living in the whole country than there are workers in the manufacturing sector in the UK (2.6 million).

While Estonia and the Baltics proved to be great for launching the Proof-of-Concept, it is not possible to really flourish in these circumstances. Fractory decided to offer sheet metal fabrication in the UK by establishing their first foreign office in Manchester.
"If you have an ambitious manufacturing company, the UK is the logical next destination. The British led the First Industrial Revolution, after all. As it turns out, the people are not resting on their laurels, however. The thirst for innovation is still clearly present," said Martin Vares, the CEO of Fractory.

The fears of entering a new market were quickly relieved after seeing the welcoming nature of British engineers.
"While the manufacturing industry in the smaller countries is a little more careful and only a few are keen to accept new solutions, the UK is different. The industry willingly tries out concepts that promise higher efficiency without looking for excuses or dangers where there are none," Vares explained the difference between the two markets.

Besides evident interest from engineers, different organisations also showed enthusiasm towards the company from the very start. An example was the invitation to the Industry Advisory Board at the Manchester Metropolitan University even before establishing the office.
"It's clear that the British want to raise a new generation of engineers with the future in mind. That encompasses bringing all Industry 4 technology to the fore.

Emphasis on the manufacturing sector, thirst for continuous development and willingness to share new solutions is what makes it possible for a manufacturing startup to thrive.

Be it foreign or local, the importance here is on growing the ecosystem and making the industry more efficient. Only then can the British again be the leaders in the Fourth Industrial Revolution. And that is what makes it possible for an online laser cutting company like Fractory to gain such recognition," concluded the CEO of Fractory. 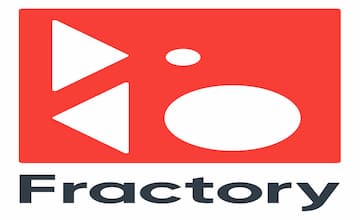