Online PR News – 24-September-2019 – West Alexandria, Ohio – Rexarc, an industry-leading manufacturer of acetylene gas plants since 1924, announced its new service offering - ASME Pressure Vessel Production. The company received ASME Section VIII, Division 1, "U", "U2", and "R" Stamps for the manufacturing of the pressure vessels at their West Alexandria, Ohio-based facility. With this certification, Rexarc has strengthened its market position as a leading pressure-bearing equipment manufacturer.

The ASME Boiler and Pressure Vessel Code is a standard set by the American Society of Mechanical Engineers (ASME). This standard regulates the design, engineering, and testing of pressure vessels, boilers, and pressure-bearing components. A pressure vessel or component built-in adherence to these standards is accepted in the United States of America, Canada, and many other countries. ASME has developed manufacturing standards for more than 600 pressure related designs, which are globally accepted for ensuring the safety of vessels and equipment used in ambient environments.

A company is awarded the ASME certification at the end of a rigorous examination process. The examination is conducted by third-party examiners, who thoroughly inspect the manufacturing facility, manufacturing processes, and quality-assurance mechanisms adopted by the company. They also ensure that the quality meets the standards set by the ASME Boiler and Pressure Vessel Code. As part of the certification requirements, manufacturers trace and assure that the base material and components used for manufacturing meets the ASME standards.

To earn this certification, the Rexarc team aligned their processes in accordance with the ASME standards, and underwent a two-day rigorous audit conducted by the ASME team. According to Rob Moyer, CEO of Rexarc International, "We are excited to announce our new service offering to customers beyond those who have trusted us all these years for acetylene plants and industrial gas regulators. Earning these ASME certifications makes it possible for us to expand beyond our own product offerings into certified welding services that have a high demand for safety-driven pressure vessels and pressure-bearing components. With Rexarc, companies can improve their customer service and internal costs through Rexarc's competitive delivery time and partnership." All the pressure vessel fabrication is performed at the 60,000 sq. ft. production facility at West Alexandria. The facility is well equipped and has dock level and drive-in capabilities.

About Rexarc International
Rexarc International has been manufacturing acetylene and gas related equipment for 95 years now. The company revolutionized the industry with innovations in portable carbide-water acetylene gas generators, medium pressure acetylene plants, and single part number ordering of gas distribution systems. The company is a member of the Compressed Gas Association and National Fire Protection Agency. It adheres to several gas equipment standards such as EIGA -IGA Doc 123/12/E and NFPA Section 55. Along with ASME Section VIII standards, the company adheres to Australian Standard - AS1210 and PED - 97/23/EC. 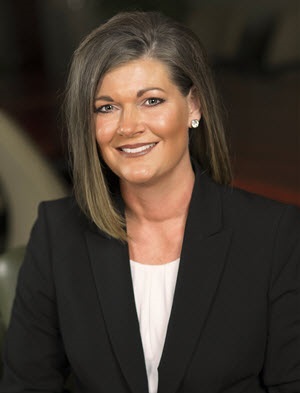