Sloth Sanctuary of Costa Rica released two adult male sloths, Douglas and Jesse, into the rain forest. The two had been given the all-clear after full rehab.

Online PR News – 22-August-2019 – Washington, DC – On August 5, 2019, the Sloth Sanctuary of Costa Rica released into the forest two adult male sloths, Douglas and Jesse. The two Choloepus sloths had been given the all-clear after rehab and were ready to be reintroduced.

The sloths were released to "Sloth Island," located on the Sanctuary's 300+ acre property. Rescued and rehabbed adult sloths are often unable to be returned to their place of origin because of human encroachment bringing dangers to the sloths such as uninsulated power lines, roads with vehicles, dogs, etc., Sloth Island is a safe haven for these displaced sloths.

On hand for the release were 29 American students participating in FutureVets Abroad. The students watched the Sanctuary team select species-appropriate trees, and one at a time, open their transport kennels. The sloths then made their way up their tree and into their new home. Through the leaves of the upper branches, all could see them settle in and begin to eat.

While at the Sanctuary for two days, the FutureVet students visited the rescued, permanent resident adult sloths, learned the difference between the three-toed Bradypus and the two-toed Choloepus, heard their personal stories and why they are permanent residents of the Sanctuary, and came to understand the plight of sloths in the wild. The students also visited the youngest rescued babies - slowbies - in the NICU/Nursery and observed the sloth nursery specialist caring for these tiny and fragile little ones.

In another rotation taught by Sanctuary veterinarian Dr. Francisco Arroyo and Sanctuary founder Judy Avey-Arroyo, in the Slothpital's clinic the students had the hands-on experience of a necropsy. Dr. Arroyo also demonstrated anesthesia on a Choloepus sloth scheduled for a physical exam, showing the challenging process of drawing blood due to their very unusual anatomy and physiology.

The Sloth Sanctuary is located on the Caribbean side of Costa Rica, near the coast in tropical lowland rainforest along the Estrella River and is dedicated to the rescue, rehabilitation, and, when possible, the release of injured Bradypus and Choloepus sloths. The Sanctuary team is working on developing a protocol for hand-rearing orphaned infant/baby sloths for a successful release into the wild. They also support research focused on better understanding sloth biology and behavior as well as discovering ways to preserve their rainforest habitats.

The sanctuary was built by dedicated animal lovers Judy Avey-Arroyo and her late husband Luis Arroyo. The Arroyos initially purchased the property in 1974 for retirement and then 1989, opened a bird watching tour business for bird-watchers to observe the 325 documented species on the property.

“On hand for the release were 29 American students participating in FutureVets Abroad. The students watched the Sanctuary team select species-appropriate trees and one at a time open their transport kennels.”

In 1992, a neighbor brought the Arroyos an infant Bradypus sloth who was found near an adult sloth who had been killed by a car. The Arroyos called the San Jose Zoo and wildlife rescue centers for help but little was known about the care of an orphaned infant Bradypus. With insights gained by observing sloths on their property, they were successful. They named her Buttercup and in her 27 years at the Sanctuary, she became the unofficial Ambassador of Costa Rican rainforests.

In 1997, the Arroyos petitioned and received government permits and became the first, and only, authorized rescue center for the two families of sloths, Bradypus and Choloepus. Today, the Sloth Sanctuary of Costa Rica located in Cahuita, Costa Rica has a reputation for excellence both in Costa Rica and around the world. To date, they have reintroduced 146 sloths back into the Costa Rican rainforests.

FutureVets, a summer honors program for future veterinarians, take high school honors students abroad to witness real-life veterinary medicine, up close and hands-on. Students spend two weeks in a veterinary hospital, university, and in wildlife sanctuaries to experience the day-to-day lives of veterinarians. FutureVets is a program of The National Leadership Academies that is dedicated to serving America's high-achieving high school and undergraduate college students through career and focus-area programs and services.

Also from The National Leadership Academies 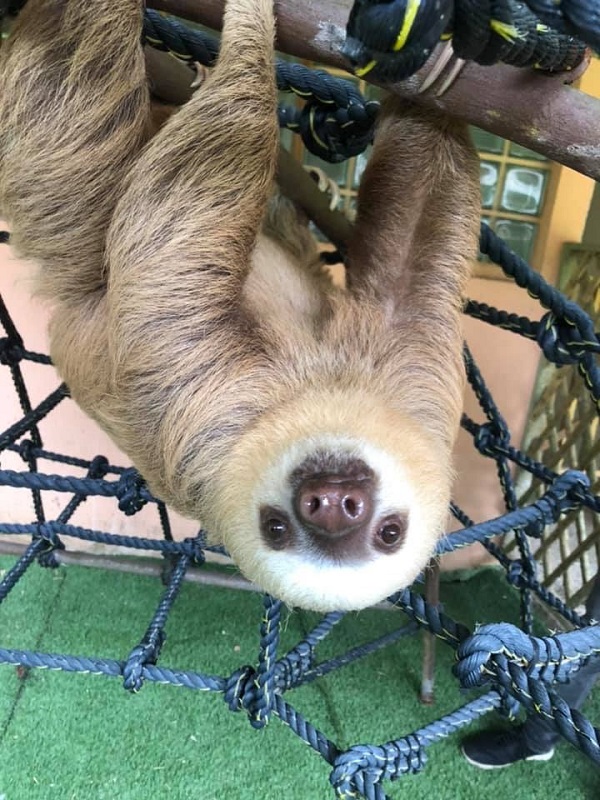