Producers of Brick MADNESS, a comedy feature-film 10 years in the making, have chosen Circus Road Films as their producer's rep and will be distributing soon.

Online PR News – 21-August-2019 – Fresno, CA – The producers of Brick MADNESS have chosen Circus Road Films as their Producer's Representative for domestic distribution. Brick MADNESS is a mockumentary about the competitors of a National Brix Tournament (think LEGO). The filmmakers have been creating the film for the last 9 years. The timing coincides with a recent television deal, "FOX broadcasting has a new LEGO competition show which reflects positively on just how excited the general public is about this concept," said Jennica Schwartzman, one of the film's producers. "I'm thrilled to know that all our hard work is going to pay off."

Brick MADNESS was created with the help of a real-world LEGO convention, Bricks by the Bay in San Jose, California and features well-known Adult Fans Of LEGO (AFOL). The movie also stars an actual Master Builder who currently works as a designer for The LEGO Group in Denmark and is originally from the Fresno, CA area. He has been responsible for the NASA Apollo Saturn V Rocket and several other high-profile sets in the last few years.

“I am very excited to be representing Brick Madness. Like the great mockumentaries of Christopher Guest the film delivers deliriously specific detail of its subject hilarious affection for its characters unexpected developments and most of all a genuine sweetness.”

Richard Speight Jr. from Supernatural and Band of Brothers fame has a pivotal role in Brick MADNESS as does Jadon Sand, who played the leading live-action hero opposite Will Ferrel and Maya Rudolph in The LEGO Movie franchise.

Brick MADNESS has seen success on the film festival circuit with wins for Best Film, Best Comedy, Best Editing, and Best Supporting Actor at various fests. The movie has also played at five major Brick Conventions around the country. These expos have been gaining popularity over the last decade and can often exceed 25,000 attendees per event. In addition, the trailer has been featured on the largest LEGO blog in the world The Brothers Brick.

The movie itself, conceptualized and brought to life by writer/director Justin McAleece through Blare Films is considered a mockumentary, but the filmmakers say that the approach was not meant to make fun of the characters. Glen Reynolds of Circus Road had this to say about the film, "I am very excited to be representing Brick Madness. Like the great mockumentaries of Christopher Guest, the film delivers deliriously specific detail of its subject, hilarious affection for its characters, unexpected developments, and most of all a genuine sweetness."

The movie stands to secure a distribution partnership that will get this movie out to the large contingent of LEGO fans which number in the tens of millions nationwide. 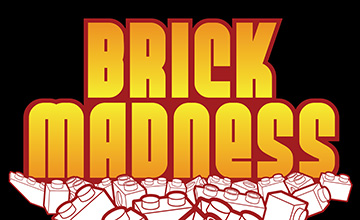