Claiming the title of NW Outreach Director and Coach, Johnny Surprise has been added to the staff of highly-dedicated professionals in the state. His extensive work in the behavioral health industry combined with his athletic pursuits of completing 10 Ironman triathlons and 17 marathons make him a perfect candidate to create the endurance needed to combat the ongoing addiction epidemic.

“Since 2016 Lumiere Healing Center has set the standard for full-service addiction treatment.”

"I'm very excited to have Johnny on the team. Based on his previous experience in the entertainment and athletics world, he's going to bring an energy to potential clients in Minnesota and help us lead the path to help a lot of people," Kurt Rittenhouse, Executive Director of Lumiere said in a statement.

According to the National Institute on Drug Abuse, in 2017, there were 422 overdose deaths involving opioids in Minnesota. The announcement comes as a safe haven in the wake of the ongoing opioid crisis which has struck Minnesota especially hard, leaving many with little resources to find help in the Northwest.

Since 2016, Lumiere Healing Center has set the standard for full-service addiction treatment. As a full continuum-of-care, Lumiere's step-down treatment model and two-tiered approach takes the best practices in addiction treatment and combines them with individualized therapy, helping many achieve lifelong recovery. 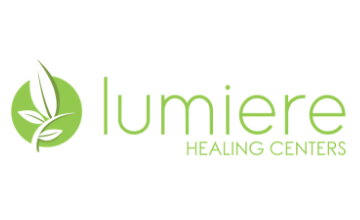