With more than 25 million software engineers worldwide, how will you distinguish yourself from the crowd?

The pilot episode for the "Whiteboard Challenge" will premiere on September 21, 2019 in Los Angeles at the Cinemark threatre beginning at 1pm followed by the tech event after party across the street at Industrious beginning at 2:30pm.

At the "Whiteboard Challenge" tech event, attendees are encouraged to volunteer and become involved with the homeless benefit groups present to support the rising Los Angeles homelessness crisis.

“The goal in featuring someone formerly homeless on the show is to bring awareness and empathy to the issue that once homeless it is extremely difficult to overcome and attain employment based on the perception of human resources at companies.”

The Los Angeles homelessness crisis is very important to the show's creator, Michael Kureth, since he too was seeking assistance in 2018 after being unemployed for 6 months due to company downsizing in the tech industry.

When casting for the show, he wanted to showcase the ostracized talent of the homeless community. This motivation was inspired by many of his own experiences. During a final round of interviews, a candidate who was most qualified for the role he was hiring was rejected by human resources solely due to appearing homeless.

He met with more than twenty currently and formerly homeless developers whom have decades of experience and even graduate degrees. In meeting with them, the reoccurring pattern he identified was that all were declined employment as a result of looking homeless, not having a physical address, or admitting to being homeless. Having the ability to perform the role and being the strongest candidate for the position was not a factor in the hiring decision.

The goal in featuring someone formerly homeless on the show is to bring awareness and empathy to the issue that once homeless, it is extremely difficult to overcome and attain employment based on the perception of human resources at companies.

Although he only lived in his car for a few months, Pedro is an example of how easy it is to become homeless in Los Angeles after being laid off from a software engineer's six-figure salary. Of those interviewed for consideration as a contestant, Pedro was the only one brave enough to appear on the show. Whereas, others were too embarrassed of their current and previous situations to be involved.

In following the tradition of all interviews, personal preference will influence the outcome of the show. Therefore, if you would like to see him win at the premiere, you can Vote for Pedro beginning July 9. 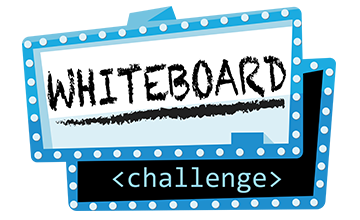