Jeff de Graffenried, an American, is walking 100 miles through one of Africa's most vital and bio-diverse parks dramatizing the fight against wildlife poaching.

Jeff de Graffenried, an American from Alabama who works in southern Africa, decided that the best way to dramatize the fight to save Africa's iconic animals is to get on the ground with them, eye to eye, and walk. And the ideal place to do that is one of the last great wildernesses on the continent - Zambia's Kafue National Park.
"It represents Africa as it was, as a wilderness, undisturbed and still not overrun by tourists," Jeff says. "When people envision Africa, an endless, pristine landscape with a thrilling assortment of wild beasts, that's what you get in Kafue."

As in many parts of wild Africa, Kafue is on edge. Relentless attacks on elephants for their prized ivory tusks along with the slaughtering of smaller animals for bush-meat or, in the case of the shy pangolin, scales coveted in Asia for aphrodisiacs - are threatening a paradise that belongs to the world.

Kafue is Africa's most diverse park, with almost 500 bird species; leopard, cheetah and buffalo alongside the lions and elephants; antelopes including the red lechwe, roan, sable, eland and blue wildebeest; and scores of other mammals. Keystone of a wildlife ecosystem that stretches across five countries, Kafue is so big that Israel could fit inside it.
If you want to save Africa from poachers, so your children and their children can marvel at the continent's wild wonders, then Kafue is where you must make a stand.

In August, Jeff will set off across the northern tier of Kafue with veteran adventure filmmaker Craig Adkins. While showing off the rich Wildlife diversity of Kafue and the astonishing landscape ranging from lush grasslands to thick tropical forests to sparkling rivers and the mystical Busanga swamps, Jeff also will spotlight the bravery of Zambian rangers who patrol this vast natural panorama.

Rangers from the anti-Poaching unit of the Zambian Department of National Parks and Wildlife march off into the bush outfitted like soldiers heading to battle. Dressed in camouflage fatigues, shouldering heavy backpacks, and toting rifles, these men and women deploy into Kafue for weeks at a time to face off against bands of determined poachers armed with military-grade weapons.

"These rangers are heroes," Jeff says. "They put their lives on the line every time they go into the wilderness, whether facing dangerous animals or poachers pursuing endangered wildlife."

Kafue's 100th anniversary as a protected Conservation area in Zambia is approaching, so the 100-mile (160-kilometer) journey is meant to promote the longevity of the park and its significance as Africa's most diverse ecosystem in the 21st century.

Jeff will raise money to supply the rangers with improved gear and fund other conservation measures designed to protect the wild inhabitants of Kafue's dazzling habitats.
The funds will go to Musekese Conservation, run by noted Kafue safari camp entrepreneurs Phil Jeffery and Tyrone McKeith. These dedicated wildlife conservationists have extensive knowledge of Kafue National Park and are providing Jeff with valuable guidance as he plans this important journey, one step at a time.

To talk with Jeff for your podcast, article, blog, vlog or broadcast, contact him at: savingkafueonestepatatime@gmail.com

Also from Saving Kafue National Park One Step At A Time 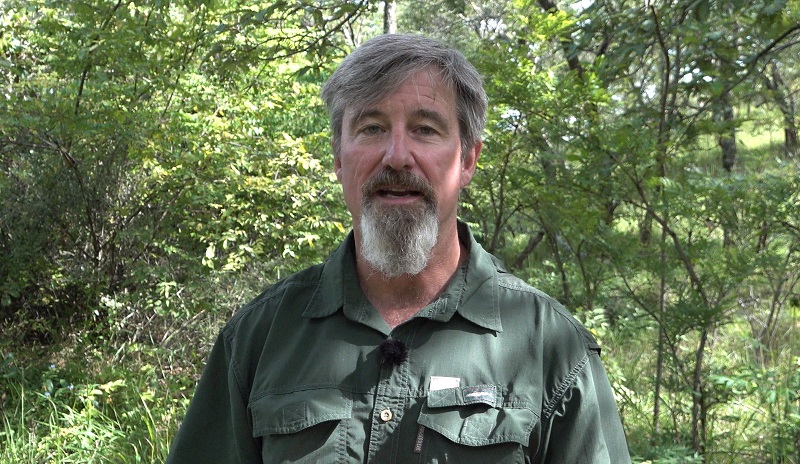