Online PR News – 28-January-2019 – San Jose, CA – As a result of a $6,945,526.00 (12-0) jury verdict (Case Number: 2013-1-CV-246033), which now totals more than $9 million with costs and interest, Attorney Timothy McMahon has been named as the 2018 Trial Lawyer of the Year by the Santa Clara County Trial Lawyers Association. The personal injury case involved a motorcyclist struck by a car. This marks the second time in five years that Mr. McMahon has won this prestigious award.

Mr. McMahon represented a motorcyclist who was rear-ended by a car on Highway 101 in 2012. The defendant Tran and her attorneys first blamed the motorcyclist, Malte Selck, for rear-ending her despite the fact that all of the damage to the motorcycle was to the rear wheel. The defense attorneys changed their legal theory right before the first trial and blamed Mr. Selck for "lane splitting" and then "darting" in front of the defendant's vehicle at the last second as traffic on Highway 101 came to a slowdown. The major damage to the backside of the motorcycle was consistent with the eyewitness testimony of an off-duty San Jose Police officer. Officer Dokter was driving directly behind the Tran vehicle and witnessed the entire collision. He saw Mr. Selck flying over the front of the defendant's vehicle as traffic came to a slowdown. Officer Dokter testified that he had a clear view and saw no lane splitting. Officer Dokter's testimony became the basis of an animation that was shown to the jury establishing that the Tran vehicle rear-ended the motorcycle and had been in front of the defendant's car for several seconds.

Mr. McMahon states that the defendant's insurer refused an earlier offer to settle for policy limits of $100,000 made by Mr. Selck shortly after the incident, and then rejected various settlement offers made by Mr. McMahon over the next 4 years. As a result of rejecting Mr. McMahon's CCP 998 settlement offer, a Santa Clara County judge awarded an additional $1.6 million in interest and costs on top of the almost $7,000,000 jury verdict. Interest on the verdict continues to accrue at almost $700,000 per year. The defendant's appeal was recently dismissed. A bad faith lawsuit is pending.

About Corsiglia, McMahon & Allard
The San Jose personal injury law firm of Corsiglia, McMahon & Allard has achieved an award-winning record for our client case results that is unmatched in Santa Clara County and the Bay Area. As a result of winning Trial Lawyer of the Year an unprecedented eight out of eleven times, our case work has allowed clients to receive significant compensation for their injuries. The reputation that goes with that honor forces insurance companies to treat our clients differently, resulting in higher monetary case settlements. But when Insurance companies refuse to pay fair compensation to our clients, the trial attorneys at Corsiglia, McMahon & Allard do not hesitate in trying the case to a jury. 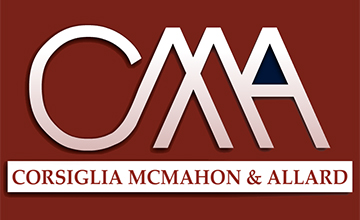