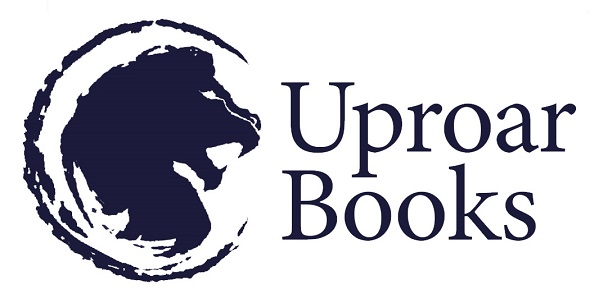 The Ahmad brothers are the first authors to sign with Uproar Books. As the first book in the Wild Sun series, Wild Sun introduces the forest planet Corvos and its enslaved peoples on the cusp of an uprising against an interstellar empire.

"Wild Sun is a powerful and deeply personal story of oppression and hope, and I knew right away it was the perfect novel to introduce Uproar Books to the world and show fans of science fiction and fantasy literature what our new publishing company is all about," said Rick Lewis, founder of Uproar Books.

Uproar Books also secured the debut novel of British author Trudie Skies. Sand Dancer centers on a peasant teenager who must disguise herself as a nobleman in order to learn the way of the sword and avenge the murder of her father.

"Sand Dancer is a wild ride, an almost frantically paced adventure, with a fierce and unforgettable female hero trying to stay alive in a darkly magical desert kingdom," said Lewis. "We're beyond fortunate—I'd say blessed—to launch this company with such a supremely talented collection of authors right out of the gate."

Wild Sun tells the fast-moving, emotionally powerful story of a defiant young woman named Cerrin whose primitive forest planet is conquered by an alien empire. As a slave in the depths of Mine Three, Cerrin prays every day to the god of war for a chance—any chance—to strike at her enemies. And when that chance comes, the fate of countless worlds will change forever.

"It's remarkably tight storytelling that leaves the space opera in the background while focusing instead on richly drawn individual characters and the personal crises that drive them each to new levels of despair and, ultimately, heroism," said Lewis.

The Ahmad brothers simply love the art of storytelling—as audience or creators. It's a passion they've shared since their childhood, growing up in New York City as the first-generation American children of immigrants from Pakistan. Today, the brothers are back in the city of their birth, working for separate tech startups while collaborating on screenplays and novels. Their debut novel Wild Sun will be published in spring 2019.

About Sand Dancer by Trudie Skies

Sand Dancer is a breathless tale of magic, intrigue, and murder in a desert kingdom where the summoning of fire is a sin punishable by death. When a sixteen-year-old peasant girl named Mina discovers fire magic runs in her family's blood, she must disguise herself as a young nobleman if she hopes to discover the truth and avenge her father's murder.

"At the heart of Sand Dancer is a young woman who is frustrated her life seems entirely out of her control," said Skies. "She struggles constantly, often in self-destructive ways, to escape the demands and expectations of her rigid, male-dominated world. I think that's a very real and common experience for young women of any era or culture, whether it's a fantasy kingdom of swords and sorcery or the real world of today."

Skies lives in North East England. An IT administrator by day, she spends the majority of her free time imagining warmer climates and writing about them. Sand Dancer will be published in summer 2019.

Uproar Books, LLC, is a new publisher of science fiction and epic fantasy novels. Based in Nashville, Tenn., the company calls itself the halfway point between self-publishing and a traditional publishing house. For more information, visit uproarbooks.com.