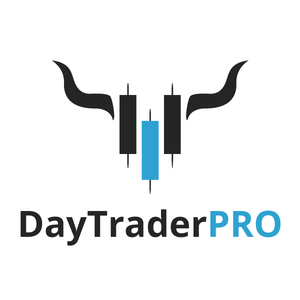 Professional trader warns that cannabis stocks are in bubble territory.

“Gentile believes that at best the TLRY stock should not be worth more than $60.”

Online PR News – 26-September-2018 – San Juan, Puerto Rico – Guy Gentile, pro trader, and entrepreneur, issues warning to investors that cannabis stocks are in "bubble territory." According to the popular day trader, Tilray, Inc. (TLRY) is the most worrisome starting with an IPO of $17 and reaching a high of $300 on September 19th, three months since it began trading on the NASDAQ. At its highest, the TLRY was trading 1000 times its revenue. With its company generating less than $15 million in annual income, Gentile believes that at best the TLRY stock should not be worth more than $60. The entrepreneur likened the rise of the weed stock to that of Longfin Corp. (LFIN), which opened with an IPO of $5 and quickly shot up to $140 during the crypto bubble.

Tilray, Inc. is a Canada-based medical cannabis research, cultivation, processing and distributing company. It was the first marijuana cultivating company to go public on the Nasdaq, filing for its IPO one day after Canada set the October 17th date for legalized adult recreational cannabis use. According to the company's SEC filing, Tilray is ready to take advantage of the changes in global marijuana regulatory regimes. However, the U.S may put a damper on Canada's growing marijuana industry. Despite its legalization in Canada as of October 17th, the U.S. Customs and Border Protection agency will continue to adhere to U.S. federal laws and regulations. Meaning, marijuana will still be treated as a banned substance and those persons in the cannabis industry as drug traffickers, receiving no admission into the U.S.

In December 2017 Gentile called the top on the popular cryptocurrency Bitcoin while on Bloomberg's "What'd You Miss." In less than 24 hours of the interview, the digital currency began to fall, dropping more than 47 percent by the end of the week. A month later Gentile called out the Eastman Kodak Company's announcement of their digital currency "KODAKCoin", labeling it as "completely useless." Currently holding a short position on TLRY, Gentile has made over $600,000 off of weed stocks and believes that there is more money to be made when betting against such overvalued companies. Traders have been following Gentile's trades of marijuana stocks via DayTraderPro, a live trade chat room operated by Gentile and a group of expert traders. Gentile noted that for investors looking to take advantage of the cannabis industry, he suggests investing in Canopy Growth Crop (CGC) on a pullback to $35. At the close of market on Tuesday, TLRY was trading at $107.88.