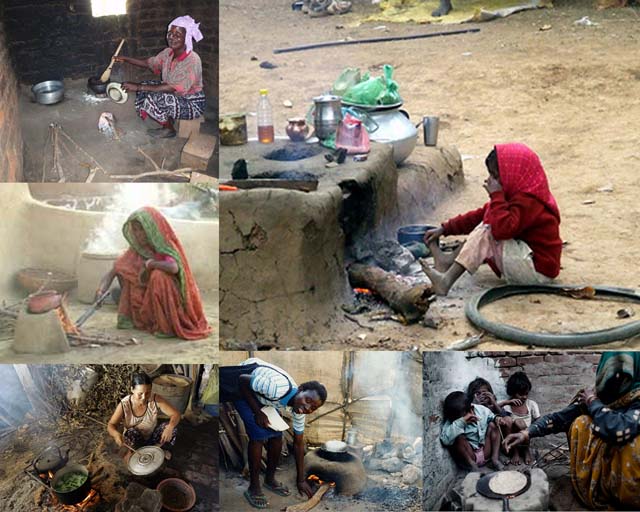 Envirofit cookstoves being used in the field to reduce pollution, impact carbon usage, and save lives.

Online PR News – 23-February-2011 – – Envirofit International (a global cookstoves business) and Shell Foundation (an international foundation) have joined forces with the US-based carbon finance business, C-Quest Capital, to kickstart a clean cookstoves industry in Nigeria. Clean cookstoves are the most viable solution to Indoor Air Pollution (IAP), the toxic smoke that claims one life every 16 seconds in the developing world. The partners aim to deliver two million improved cook-stoves to Nigerian households over the next seven years.

Over three billion people in the developing world cook on open fires or inefficient stoves in poorly ventilated homes. The toxic smoke that is produced causes severe lung and respiratory illness and contributes to climate change. Each year nearly two million people die from IAP. The problem is particularly rife in Nigeria – a country that has the largest household wood-burning population in Africa. However the high costs associated with developing affordable “cleaner” stoves that cut these emissions, and getting these to market in a country of Nigeria’s size, has meant that for centuries people have had no widespread solution to this problem.

The partnership between Envirofit, Shell Foundation and C-Quest seeks to solve this problem by using cutting-edge stove technology and carbon financing to distribute stoves throughout Nigeria at prices that consumers can afford. The work will begin in villages in Kano State in the north of the country in March 2011 and is then planned to extend to other parts of the country based on demand. Importantly the solution has already been validated in India, Kenya, Tanzania and Zambia.

So how will it work?

Envirofit and Shell Foundation have created a global cookstoves business to develop and market affordable clean cookstoves that are up to four times as efficient as open fires – significantly reducing fuel usage, carbon footprint, emissions and cooking times. The stoves are specifically designed to meet user’s unique cooking styles and choice of fuel (predominantly wood or charcoal). Envirofit has become the global leader in this new market. Shell Foundation have pioneered new ways to raise consumer awareness of IAP and to explain the need to change their cooking practices. Together the partners have developed innovative distribution mechanisms in India and Africa (in Zambia, Kenya and Tanzania) – working with NGOs, governments and microfinance institutions to reach the rural and urban poor. Having sold over 200,000 stoves since 2007, benefitting over one million people, Envirofit and Shell Foundation will now bring this expertise to Nigeria.

C-Quest is a world-renowned carbon finance business based in Washington, DC. The business will purchase stoves from Envirofit and market them to households across Nigeria. C-Quest will then monetize the reductions in carbon emissions that these clean cookstoves deliver. With each wood cookstove estimated to save over one tonne of carbon per year, this will help bring down the price of clean cookstoves making them accessible to millions more people across Nigeria. The new model builds on recent developments in UN- regulated carbon offset markets. The partners hope that this will encourage new entrants into the clean cookstove sector by ensuring long-term financial-viability, dramatically scaling social and environmental impacts.

The new partnership follows the launch of the Global Alliance for Clean Cookstoves by US Secretary of State Hillary Clinton in September 2010. This pioneering $250million public-private partnership aims to create a thriving global market for clean cookstoves by helping remove barriers – such as challenges linked to accessing carbon finance – which currently prevent the sale of clean cookstoves at scale.